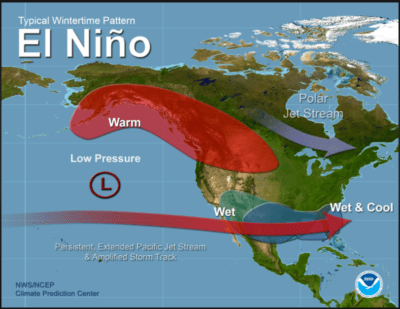 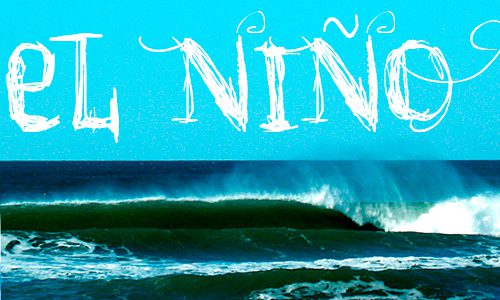 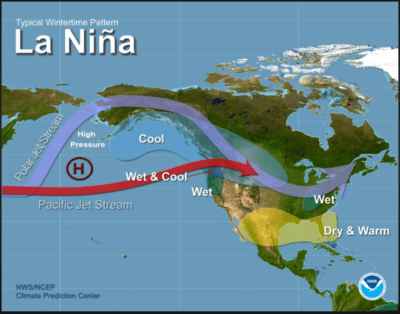 Note: The SST anomalies cited below refer to the OISSTv2 SST data set, and not ERSSTv5. OISSTv2 is often used for real-time analysis and model initialization, while ERSSTv5 is used for retrospective official ENSO diagnosis because it is more homogeneous over time, allowing for more accurate comparisons among ENSO events that are years apart. These two products may differ, particularly during ENSO events. The difference between the two datasets may be as much as 0.5 °C. Additionally in some years, the ERSSTv5 may tend to be cooler than OISSTv2 in the context of warming trends, because ERSSTv5 is expressed relative to a base period that is updated every 5 years, while the base period of OISSTv2 is updated every 10 years. In February 2021, both datasets were updated to reflect the 1991-2020 climatology period.

Many of the key atmospheric variables remain indicative of La Niña conditions, such as the traditional and equatorial Southern Oscillation Indices which are positive, (as of 17 January, 2023, the last observed value of the traditional Southern Oscillation Index was +19.5, though trending downward), the low-level easterly winds are stronger than normal across the central and western Pacific, and near average in the eastern Pacific. The upper-level wind anomalies remain westerly across the tropical Pacific, anomalously dry conditions have been observed over the central and western Pacific Ocean. For the ocean, subsurface temperature anomalies in the western and central (west of 150o W) equatorial Pacific are warmer than average (at the depth of 100 to 250 m), while colder subsurface temperatures are located on the eastern side (east of 140o W) of the basin (surface to 150 m). The eastern Pacific (between 110W to 80W), however, exhibits some patches of warm temperatures (surface to 50 meters depth). In summary, current conditions indicate a weakened and borderline La Niña in the tropical Pacific.

Note – Only models that produce a new ENSO prediction every month are considered in this statement.

What is the outlook for the ENSO status going forward?

The latest set of ENSO prediction models from mid-January 2023 are now available in the IRI ENSO prediction plume. These are used to assess the probabilities of the three ENSO categories by using the average value of the NINO3.4 SST anomaly predictions from all models in the plume, equally weighted. Please note that the BCC dynamical model was not factored into these probabilities, even though it appears in the ENSO plume-of-models graphic. A standard Gaussian error is imposed over that average forecast, and its width is determined by an estimate of overall expected model skill for the season of the year and the lead time. Higher skill results in a relatively narrower error distribution, while low skill results in an error distribution with width approaching that of the historical observed distribution.

A large number (19 out of 23) of the models in the plume predict SSTs to transition to ENSO-neutral conditions in Feb-Apr 2023. The predicted probability of ENSO-neutral during Feb-Apr is 80%, while that of the La Niña category is 19%. Going forward, ENSO-neutral conditions are highly favored for next three seasons (88% in Mar-May, 74% in Apr-Jun, 52% in May-Jul). According to this mid-month forecast, El Niño conditions become the most likely category starting from Jun-Aug (54%) with forecast probabilities in the range of 53-57% thereafter (57% in Jul-Sep, 53% in Aug-Oct, and 55% in Sep-Nov, 2023). A plot of the probabilities summarizes the forecast evolution. The climatological probabilities for La Niña, ENSO-neutral, and El Niño conditions vary seasonally, and are shown by the lines on the plot, and are given in a table at the bottom of this page for each 3-month season.

Caution is advised in interpreting the forecast distribution from the Gaussian standard error as the actual probabilities, due to differing biases and performance of the different models. In particular, this approach considers only the mean of the predictions, and not the total range across the models, nor the ensemble range within individual models. At longer leads, the skill of the models degrades, and uncertainty in skill must be convolved with the uncertainties from initial conditions and differing model physics, which leads to more climatological probabilities in the long-lead ENSO Outlook than might be suggested by the suite of models. Furthermore, the expected skill of one model versus another has not been established using uniform validation procedures, which may cause a difference in the true probability distribution.

In summary, the probabilities derived from the models in the IRI ENSO forecast plume indicate the termination of the current La Niña event during Feb-Apr, with ENSO-neutral (with 80% chance in Feb-Apr) conditions becoming most likely thereafter until May-Jul 2023. The likelihood of El Niño development remains low during boreal winter and spring of 2023, but gradually increases to become the dominant forecast category in boreal summer, though with a significant amount of uncertainty beyond boreal spring.

A caution regarding the model-based ENSO plume predictions released mid-month, is that factors such as known specific model biases and recent changes in the tropical Pacific that the models may have missed, are not considered. This approach is purely objective. Those issues are taken into account in the official outlooks, which are generated and issued early in the month by CPC, and which will include some human judgment in combination with the model guidance.

A purely objective ENSO probability forecast, based on regression, using as input the model predictions from the plume of dynamical and statistical forecasts shown in the ENSO Predictions Plume. Each of the forecasts is weighted equally. It is updated near or just after the middle of the month, using forecasts from the plume models that are run in the first half of the month. It does not use any human interpretation or judgment. This is updated on the third Thursday of the month.